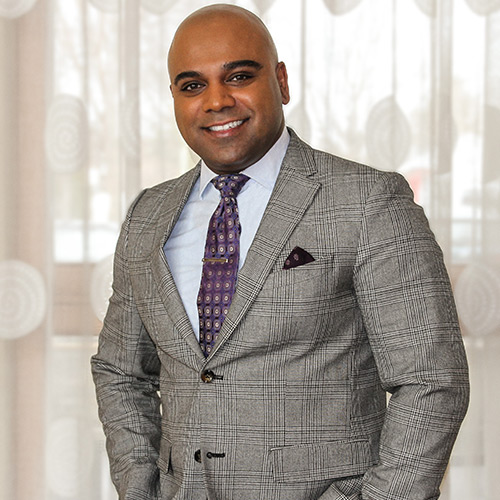 Takir Rafiq has been the General Manager of the Viana Hotel and Spa for the last 7 and a half years. Prior to his tenure with the Viana Hotel and Spa, Takir he held various positions in a nationwide hotel group who were the largest franchise owners of Marriott and Starwood Hotels in the country. As a former soccer player he understands the importance of team work and leadership to achieve success and as former Martial Artist the discipline and perseverance needed to lead.

A toast to you and that special someone this Valen

Valentine's Day is almost here! . Let us help you

A Spa day for you and your hunny is calling. . Rom

The perfect gift for your sweetheart this Valentin

How you doin' this Sunny Sunday? .⁣ Pop by Marco

A suite for your sweet this Valentine's Day! . Le